For me, 2010 will always be The Year My Book Came Out. (Hopefully someday I’ll need to add the modifier first to that sentence, but it won’t be anytime soon.) One of the best parts of the publishing experience was the book tour. I got to leave behind my day job and my role as mama and be an author on the road. I got to reconnect with some of my oldest friends and meet new literary peeps. I got to visit cities I’ve never been to and revisit some I once knew well. My trusty suitcase was pulled over so many sidewalks and moving walkways and squeezed into so many overhead compartments and crowded trunks that it finally gave out in Portland, and I had to carry it in my arms like a baby to my lodging in Seattle. A couple days later I overpaid for a new bag and was on my way again.*

All year, I’ve been meaning to write about some of the highlights of the trips–the outdoor coffee shop in Austin that bore more than a passing resemblance to a backpacker cafe in Bangkok; the experience Brenna and I had at the awesome Olympia spa in Los Angeles; the waves of nostalgia I felt tromping around Seattle’s Capital Hill, where I sort of lived for half a summer a thousand years ago–but I never got around to it. When Dzanc asked its authors if they wanted to submit top ten lists for their blog, I knew I wanted to do something about the book tour, especially since so many of my reading memories from this year are related to the trips I took and the writers I read with. Here’s what I submitted to Dzanc.

1. Best Legendary Reading Series in Which I Had the Honor to Participate: Gist Street Reading Series, in Pittsburgh, Pennsylvania.

The Gist Street crew invited Dzanc to be the featured small press at their annual (and final) cookout extravaganza and packed a gorgeous urban garden with a sold-out crowd and tables full of amazing food. Lights sparkled in the bamboo and laugher rippled in the dusk. Truly, it’s hard to be hyperbolic about how lovely it was. As an extra bonus, I procured there the best book of poetry I read all year, The Giving of Pears, by Abayomi Animashaun.

2. Best Reading Series I’d Not Heard of Before in Which I Had the Honor to Participate: Cherry Bomb, in Grand Rapids, Michigan, hosted by the charismatic Christina Olson and Elena Passarello. I’d learned already on my book tour that Davis Scheiderman can really liven up a joint with electrifying readings from his novel Drain, but he outdid himself that night and brought down the big, beautiful, full house of Corez Wine Bar. And the delicious cocktails we were comped did not dampen my enthusiasm, to say the least. 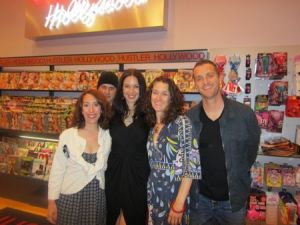 I had already devoured Jillian’s memoir Some Girls on the plane to L.A., and I was even more thrilled to get it signed by her than I was to buy a bunch of Hustler matchboxes as proof that yes, I really did read against a background of naked ladies on Sunset Strip.

4. Best Tiny Bookstore that Hosted Me: Pilot Books in Seattle, Washington. This jewel-box of a store located on the second floor of a Capital Hill mall is impeccably curated by Summer Robinson. One of my best listening memories from the tour is sitting on the carpeted floor at the feet of Stacey Levine and hearing her read “Believing It Was George Harrison.” I look forward to seeing the story in the new edition of her collection The Girl With Brown Fur that’s coming out in 2011. 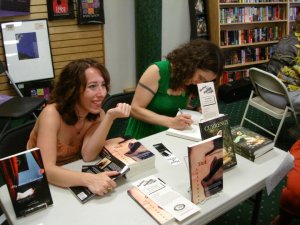 Look, this is a hard one, because so many of the audiences were great—and because I want to kiss the feet of anyone who comes to see me read anywhere—but not only did the crowd at this Bakersfield bookstore strain to listen attentively to Gina and I over the noise of an adjacent gaming meetup and ask thoughtful questions afterwards, but just about every single person in the audience bought both our books and then stood in line to get them signed. The reading was hosted by Nick Belardes, who runs the Random Writers Workshop there and does about a million other creative things on his own and in support of other writers.

6. Best Book Release Party that Wasn’t My Own: Gina Frangello and Allison Amend’s party for the release of Slut Lullabies and Stations West. It was a totally fun party, and I walked away from it with two excellent books. I didn’t want Slut Lullabies to end, and so I was rereading parts of it at a train station when a male stranger found it necessary to strike up a conversation with me about its title. The pleasure of the prose was absolutely more than worth the annoying awkwardness of that exchange. I read Stations West on the way back from the West coast, and I was so drawn into the Old West settings that I wished the plane would drop me down in Colorodo and Oklahoma so I could tromp the trail myself. Allison swore to me that she never set foot in most of the places she wrote about, but it’s hard to believe her.

7. Best Online Support System: TheNervousBreakdown.com. In addition to being my editor at OV Books, Gina is a fiction editor at The Nervous Breakdown, a site I would have listed as Best Way to Procrastinate until my book came out and I experienced what they could do to support an author. They invited me to participate in super-rocking events in New York City, Los Angeles, and Chicago; featured me as an author on the site; posted a excellent review of Currency a few months later; gave me a reason to write a couple nonfiction features that garnered good comments (here and here); and, most recently, honored me with a Nobbie award and an asterisk after it that meant Currency shared the greatest number of votes with one of my favorite novels of the year, A Visit from the Goon Squad by Jenifer Egan. I am very grateful to The Nervous Breakdown.

8. Best Public Transportation Between One Reading and Another: the Fung Wah bus from New York City to Boston. Pulling my suitcase through Chinatown in hopes of reaching the bus stop reminded me of the backpacking that was an inspiration for Currency. The crowded streets; the sidewalk displays of gaudy knick-knacks and all manner of fish, fruit, and fowl; the mix of languages in the air and the jostling with sweaty strangers en uncertain route to my next destination: Ah, I loved it all. But unlike in Asia, once I got on the bus I had two spacious seats to myself, where I sprawled out happily and read Next, by James Hynes, an excellent choice of material for a newly middle-aged writer flying around a lot for a summer and leaving her family, not always entirely regrettably, behind. 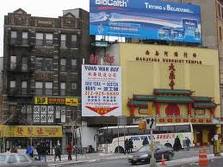 9. Best Chauffeured Transportation Between One Reading and Another: Bryan Tomasovich. Gina and I are those annoying nonsmokers who bum all your cigarettes, and Bryan, Gina’s editor at Emergency Press, didn’t for a minute let on if he resented the drain on his nicotine supply that occurred once he picked us up at Seatac and drove us to Portland to read at Powell’s on Hawthorn. Not to mention that his wallet must have been quite a bit lighter after buying us all those beers to wash the cigarettes down. He also slipped me a copy of Tom Hansom’s memoir American Junkie, which I can’t stop thinking about. And his press, Emergency, not only published my beloved Slut Lullabies, but it’s going to publish Various Men Who Knew Us As Girls, by Cris Mazza, which is on my list of most-anticipated 2011 titles.

10. Best Worst Motel: A Victory Inn & Suites – Ann Arbor. It’s been awhile since I stayed at a good bad hotel. My room had mirrored walls, a mildewed smell, more lights that didn’t work than those that did, and a view of what appeared to be a semi-permanent encampment on the buckled asphalt of the parking lot. To get to it I had to weave through clusters of guys with shifty and appraising eyes. (How does this place have a proper web site and I don’t?) But the price was right! I was reading Freedom while I was there, and liking it. And I heard the Thai Restaurant that’s attached to the motel is really good. I would be happy to stay there again if I meant I could reprise the whole book tour experience. I’m looking forward to 2011, but 2010 was pretty great.

﻿* A note about image-making: I’m not good at taking pictures, as I’ve discussed. For the first few legs of my tour, I had no camera with me and packed an ancient cell phone that could barely carry a signal, let along snap great shots. I regretted this at many points: Silver Lake was so pretty, and I so wanted to have a picture of Brenna and her charming home, for example. There was my book in the window of Prairie Lights Bookstore.  And there I was in the freaking Hollywood Hustler! Finally, in Seattle, with the stupendous Josh Feit leading the way, I biked to the U-district to buy an iphone, thus removing any excuse I had not to document my adventures more thoroughly. I immediately took a picture of Josh at the Jamba Juice next to the Apple store.

Then I took the aforeposted picture of my suitcase. And I seem to have not taken a usable picture of any of the many events I participated in after that. Gina holding the mic stand for Rob Roberge at the TNB Chicago event, the view from the Victory Inn and Suites, the lady love at the She Writes Everyday Heroine event at Women and Children First–all gone. Oh well. The images here were taken by other people.