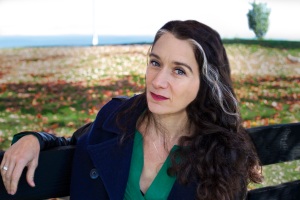 Zoe Zolbrod is the author of the memoir The Telling (Curbside Splendor, 2016), which won a silver IPPY Award and was a Chicago Review of Books award finalist, and the novel Currency (Other Voices Books, 2010), which was a Friends of American Writers prize finalist. Her essays have appeared in Salon, The Guardian, Lit Hub, The Manifest Station, The Nervous Breakdown, The Chicago Reader, and The Rumpus, where she served as the Sunday co-editor. She’s had numerous short stories and interviews with authors published, too. As a public speaker, she’s given talks at universities, workshops, and conferences on topics such as narrative voice; the differences between writing fiction and nonfiction; balancing paid work, parenting, and writing; child sexual abuse; and writing about trauma.

Born in western Pennsylvania, Zolbrod graduated from Oberlin College and then moved to Chicago, where she received an M.A. from the University of Illinois at Chicago’s Program for Writers. Aside for periods of traveling in Southeast Asia and Central America, she’s almost always worked full time, making her living as an editor of comic books, text books, and other kinds of books and educational materials, despite her difficulties with spelling and proper nouns. She lives in Evanston, IL, with her husband and two children.