Haven’t I Seen You Here Before? 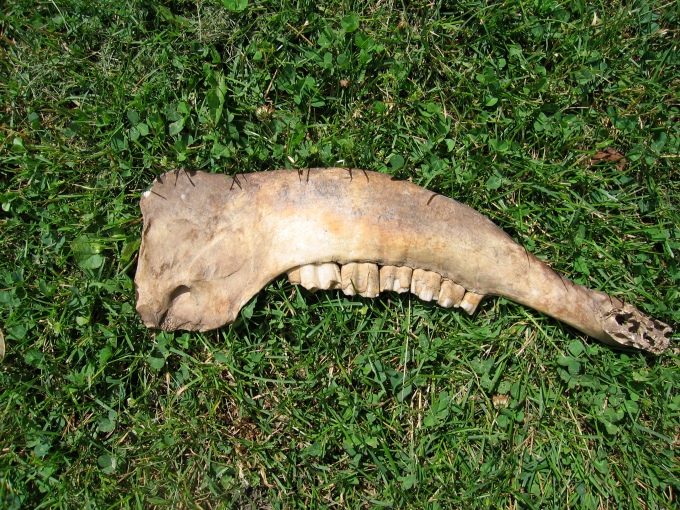 Getting ready for my recent trip to L.A., I told anyone who would listen that I’d never, ever been there. But when I walked out of LAX to catch the FlyAway to Union Station—boom! I caught myself in a lie. The low overhang that made me want to duck as I stepped out of the doors, the slice of blue sky just beyond, the scraggly palm trees against the white parking garage—I’d seen it before, on another June day fifteen years ago. The exact same tableau had been my first glimpse of the U.S. after returning from more than half a year in Southeast Asia.

Last month, I published a novel set mostly in Thailand. It’s about a Thai man and an American woman who get involved with an exotic animal smuggling ring. When people have asked the inevitable questions about how much of Currency is autobiographical—because, of course, everything’s more interesting if it’s autobiographical—I’ve been yakking about how sleeping with Thai guys probably inspired me to write from the first-person point of view of a Thai man. I’m trying to get over my fear that I’m boring people by talking about or reading from my book, but I’m not always successful, and that’s sort of sexy, right? Not the semi-failure, but the hooking up with a few too many foreign men? So I throw it out there to liven things up. And besides, it’s true. Sometimes I precede or follow the comment by making a lame joke about how I never smuggled anything—as far as I know, ha ha.

Until last week, I’d forgotten that I do have an autobiographical connection to Currency’s smuggling plot, a Los Angeles connection. That’s where I landed on my return from Bangkok, and, although I was continuing on to San Francisco, that’s where I went through Immigration and Customs and officially entered America. I’d recently been to Vietnam and Laos, among other destinations, and I was actually looking forward to this border crossing, to officers who spoke an English I knew I’d understand, to the certainty I wouldn’t be squeezed for a bribe, to belonging. When the immigration officer asked me questions about the length of my trip and how I’d managed to stay away for so long, he sounded friendly.

But maybe he tagged me in some way, tapped his loafer to a button on the floor, splattered invisible ink on my back, because while I waited for my stuffed, bedraggled, beloved backpack to roll off the luggage belt, I was approached by other men who asked me the same questions: How did I afford to travel so long without working? Where all had I been? The interest no longer seemed friendly, and I was wearied but not surprised when I was pulled aside at Customs. The search was thorough. Unzipped, my bag emitted the stink of tropical rot. It embarrassed me to watch gloved hands finger my crumbled clothes and dirty underwear, to see my souvenirs splayed out on the table, drained of meaning under the harsh fluorescents—the bunched-up jewelry, the crude carvings, the yak bone I had picked up on a trail in Nepal. But my heart didn’t start seriously pounding until the officer turned over the bone again and again and then walked away with it. He conferred with another uniformed guy. Then maybe another. One of them came over to ask me what the bone was. There was the crackling of a walkie talkie. The bone was taken out of my sight. It reappeared. To tell you the truth, I don’t remember the order in which these things occurred. But I remember being informed that the wildlife expert was on his way. I remember them telling me to repack my bag while we waited for him, the awful feeling of stuffing my messed and cheapened life back inside, under watch. “How did you know so much about smuggling?” people have asked me. “Research,” I’ve answered. And: “I got the animal smuggling idea from an article in a 1997 The New York Times Magazine.” And (in a snotty tone that implies Duh, I’m a fiction writer): “I just made up what it might be like to get caught carrying contraband into another country.” Why did I not recall until revisiting the airport where it happened that I myself was waylaid while carrying a piece of mammal?

It’s not accurate to say the incident slipped my mind. It must have been in there somewhere, hiding in the shadows, because I can recall it vividly now. I can recall the frog enclosures on the blue shirt I was wearing, the heavy string of Kali beads around my neck. (Jesus, how stupid I was to dress like such a clichéd hippy when coming back from what was at that time still a capital of drug production.) My backpacking trip was one of the most influential periods of my life, but I’ve become sort of sheepish about trotting out travel experiences that happened in the previous decade—or, ouch, are the 90s now considered to be two decades ago? And I’ve been laboring over Currency’s manuscript for so many years that my character’s experience had became more legitimate to me than my own, even though I still have the yak bone displayed at the top of a bookshelf in my dining room.

The wildlife inspectors ended up letting me keep it. By the time I was cleared, I needed a smoke, and I headed outside. I noted the contrast of the gloomy overhang and the sky’s robin’s egg blue, the outline of the palms’ ragged edges against the garage’s grimy cement. Southern California, I thought. Check. Then I stubbed my cigarette, went back inside, and got on my flight to San Francisco, where I stayed with my friend Brenna and her girlfriend Paula. I used their apartment as a halfway house, a place to acclimatize before I fully reentered American life.

Brenna has long since moved to L.A., and I stayed with her again on this recent visit. We’ve known each other since we were kids. We’ve hardly talked these last ten years. As she drove me around town to readings and parks and Venice Beach—I leaned on her for that one—her truck’s radio was often tuned to a station that played “Ladies Night” and “Celebration” on heavy rotation, songs we had danced to as preteens. We looked at each other across the wide bench seat and laughed. We grooved. We sang along, and she corrected me on some of my lyrics; apparently I’ve been wrong about them for thirty years. (It’s not “Celebrate your life,” it’s “Celebrate good times,” which I hope I can forget by the next time I hear it because I think my version is bigger-hearted.) One night, we all three went out, the same San Francisco trio, Brenna and Paula—just friends, now, best friends—and me, to a bar in Culver City, and Brenna and I danced in the back to the deejay’s nowest of now mix. We told Paula about how we had met on the dance floor at family night at our small town’s disco, and how we had fallen in love. We are still in love. Never-mind about the last ten years.

The phrase “the accordion of time” pops into my head a lot lately. I picture the long stretch of years—of course some things will be forgotten; there’s so much!—and then the squeeze that brings them together until they all exist at once, until everything seems as if it’s happening now. The sensation is accentuated by publishing a book that I’ve worked on through so many stages of my life and that’s inspired by an earlier stage yet; by a book tour that’s reconnecting me with people I spent formative years with before drifting away from. Lately, it’s common for me to recount a night on a 1980s dance floor as if it were yesterday, but to forget what happened last weekend. I’m an old lady in that way. But, also, I’m still a girl. Some enthusiasms are as fresh now as they were then. I keep having the feeling that I’ve been here before, and that it’s exactly the same, I’m exactly the same. But also, that it was nothing like this. Coming home, I’ve returned to a place I’ve never quite been: tropical flora, brilliant sunshine, dirty but still bright, white walls.